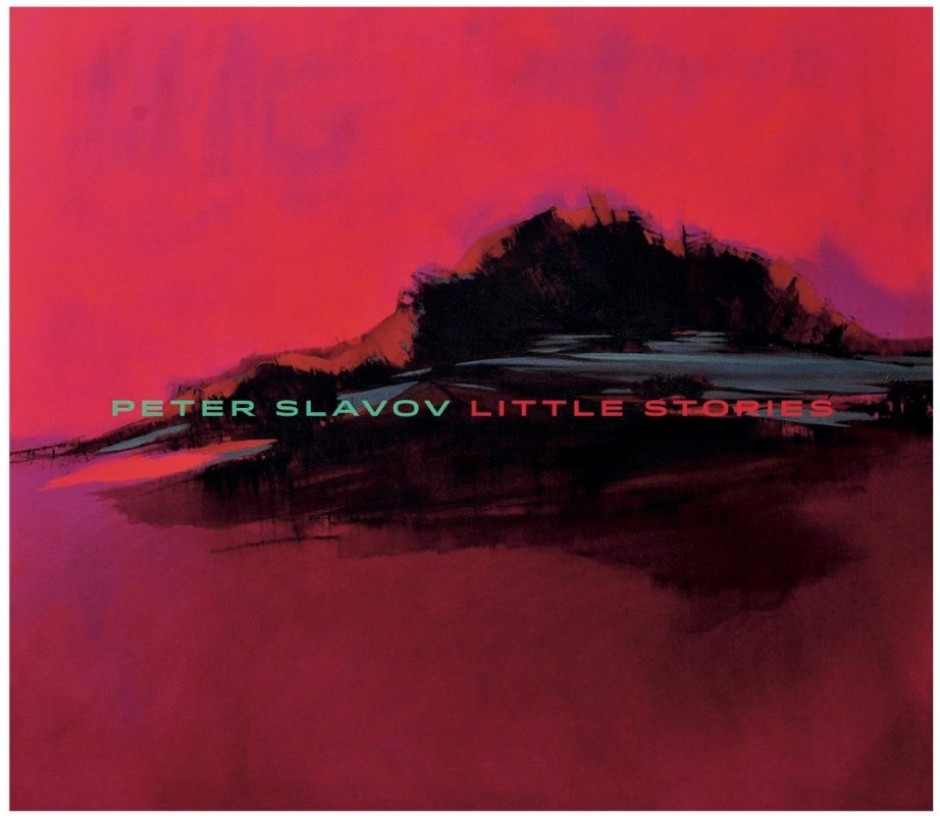 Peter Slavov’s long-awaited debut album Little Stories is finally here, the result of his work for more than two years. It features some of Slavov’s early compositions as well as his latest ones. Little Stories is a great way for the listener to get a taste of Peter's beautiful music and the different elements of his versatile talent: virtuoso bassist, original composer and arranger, an inventive band leader.

To many, the word debut does not apply to well-established professionals in a certain field, yet this album is exactly that. While we don’t need to give a detailed account of Peter's career up till now, we should certainly mention some significant milestones along his way thus far. Having graduated from Berklee College of Music in Boston, he settled in New York and has called the city his home since 2006. The Bulgarian musician has worked with jazz greats such as Joe Lovano and Quincy Jones, and has played on some of the most prestigious stages in the world. As a sideman, he’s taken part in tens of albums and can be heard on the Grammy-nominated Guantanamera off of Alfredo Rodriguez’ album The Invasion Parade. Peter Slavov’s debut album Little Stories appears at a somewhat late stage in his career. The delay being in part because of the serious changes in the music industry over the last few years and the new trends in modern lifestyle – the thriving of fast-food culture, the persistent loss of values or, going to the other end of the scale, valuable things becoming more of a luxury.

Despite the delay, Little Stories seems to appear at exactly the right moment for us to celebrate Peter Slavov’s creative maturity and his readiness to share original music with the world – an expression of his talent, his strong love, his commitment, curiosity and life experience. For this album, the bassist hired musical partners from the New York jazz scene, all of whom are magnificent players sharing his vision. Individually, they express his ideas. Together, in the process of music-making they share a common emotion, great devotion and infectious energy.

Since the pieces on the album were recorded at different times, the line-up varies. Pianists Dan Kaufman and Nitzan Gavrieli, drummers Mark McLean and Diego Ramirez, saxophonists John Ellis and Matt Marantz all take part. Peter has enriched the sound of the album by adding bass clarinet (played by John Ellis and Mark Small), guitar played by Marcio Philomena, and vocals by Korean singer Mi Kim. The string quartet featured in the first two pieces was lead by famous Bulgarian violin player Entcho Todorov, a long time Bulgarian expatriate in the US.

Peter Slavov is a top bassist and his exceptional playing on his debut album comes quite as expected. The big surprise – and enormous delight – comes from discovering him as a talented composer. Peter has been writing music for a long time, but it is now that we can appreciate this aspect of his talent. His pieces are excellently structured and balanced. The compositions have brave, unexpected developments, exquisite details and stand out with modern jazz harmonies and beautiful melodies. As part of his writing process, he tests each melody by vocalizing it. The music on Little Stories is sophisticated, yet presented in a very communicative way, inviting dialogue. It serves a purpose, and it attracts the listener.

Little Stories consists of 10 original compositions, each one of them accompanied by a short story printed in the CD booklet. This bonds the audience with the artist and the music. The stories behind the compositions carry a universal message and it’s easy for the listener to identify with them.

Prologue: Glide gives Little Stories a flying start (Peter composed it after dreaming of flying). Originally, Glide was his contribution to the repertoire of the expatriate Bulgarian band from the recent past, The Bulchemists. Here, we hear Glide in a new way, backed by the rich sound of a string quartet. The next piece – Gone, was also recorded with strings and is one of the several dedicated to his late father – the famous Bulgarian drummer Peter Slavov. Even after the elder Slavov passed away, the connection between father and son remains strong through warm memories, lessons learned and everlasting inspiration. This is why Slavov dedicated Little Stories to one of the most important and close people in his life. Bye tells of the parting between father and son at the airport – the last time they were together. Bye was recorded in a quartet format. John Ellis’ bass clarinet gives the composition dramatic shades, while Peter Slavov’s solid, assertive bass keeps it firmly on the ground. The farewell theme is followed by a beautiful and cheerful song, History of Beauty, whose light breezy sound is achieved by Mi Kim’s wordless singing. History of Beauty pays tribute to Brazilian music and its unsuspected depth under a seemingly light surface. A.M. sounds as if it was written in one breath – it takes us for a midnight walk along the snow-covered streets of Sofia. One of the pieces on the CD with the strongest impact is In Defense of the Minotaur, whose gorgeous melody lingers on long after the final chord. In Defense of the Minotaur was inspired by writer Georgi Gospodinov’s world-famous novel The Physics of Sorrow. Photos is the oldest composition on the album, having been composed by Slavov while he was still in college. It takes us back in time before the era of the new technologies when printed photos were still an opportunity to travel in time and space and an irreplaceable way of remembering and reuniting with the people closest to the heart. Photos has a cinematic feel that would make it so appropriate for the soundtrack of a romantic movie.

The final piece, Elegy, takes the thematic scope of Little Stories to the deepest. As the subjects of love and joy of life coexist with the themes of death, parting, loss and sorrow, in Elegy the feeling of our transiency is taken to the climax. The genesis of elegiac art takes us far back into ancient times, and the references in music, as well as in literature are countless. Provoked by that theme, in 1999, Brad Mehldau created his album Elegiac Cycle. Peter Slavov’s reason to compose his Elegy was the passing of a music genius forgotten by all; a loss that remained unnoticed. Peter chooses to tell this story through a solo semi-improvisation with several bass overdubs. This is a great way to directly juxtapose life and death, with improvisation being the ultimate expression of our pulsating connection to life: through it we seem to catch the present moment to the fullest and to live in it without nostalgia for the past and burdening expectations for the future. In the explanatory note to Elegy Peter Slavov doesn’t mention the name of the musician who left this world in loneliness, but he does confess that the musicians’ death last spring affected him deeply and made him think of what it is to be an artist. The paradox of it being that such a creative universe of a man, often so very fragile, breakable and vulnerable, at the end of the day turns out to be strong enough to change lives.

Each one of the stories told in Little Stories has its own voice, thus contributing to the versatility of the album. At the same time, all the pieces on the album build up an enchanting world that is hard to leave. The world of art has always succeeded in lifting us above everyday life, bringing more beauty to our existence. The music on Little Stories speaks the language of kindness and beauty; that personal revelation brings me back to the works of bassist Charlie Haden. He was a rare genius who showed us the meaning of beauty and how it can be preserved through music, beyond suspicions and clichés. At its heart, Little Stories is the modern reading of that important legacy.