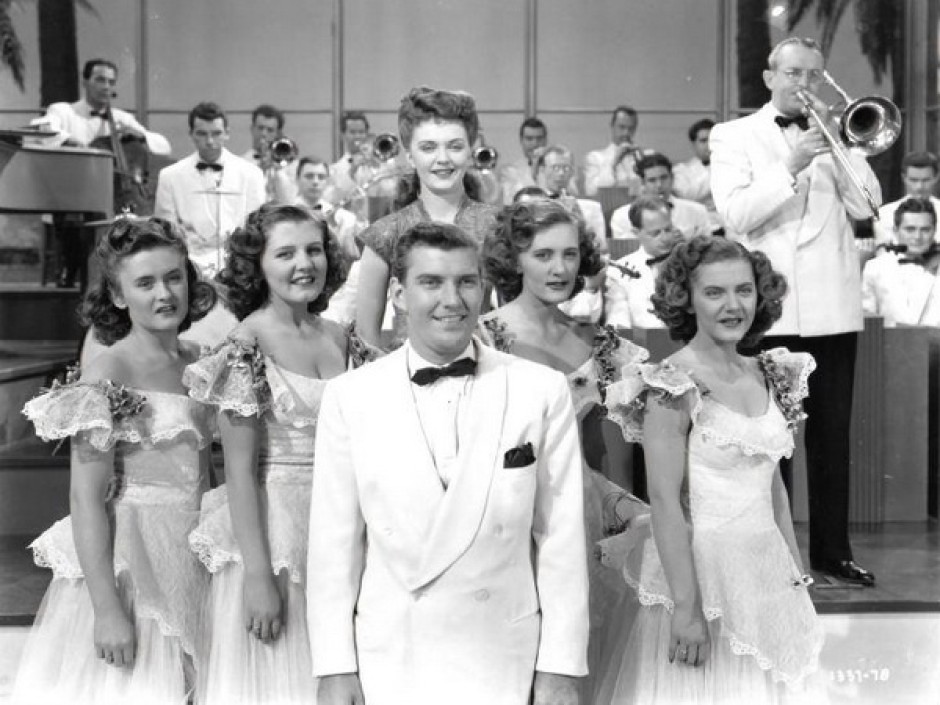 Peggy and Ann of the Clark Sisters: “Sing, and you’ll be happy!”

Sing, and you will be happy. This happiness then passes on to other people. Two ladies, now in their 90s, advise us so, so that we will have a good life. Just as they did. They are Peggy and Ann of the Sentimentalists vocal group to the Tommy Dorsey Orchestra. Parting roads with him, they had a significant solo career afterwards as the Clark Sisters. Their father introduced them to music, enveloped them in harmony – Peggy, Ann, Jean and Mary passed that emotion on to their admiring listeners.

The four sisters left the small home town in North Dakota to share their love for music and harmony with a bigger audience. After arriving in New York, they toured with the US Opera to be welcomed a year later on the popular music stage by Tommy Dorsey. He signed them as the vocal band to his orchestra, and they continued mastering their craft influenced by Tommy Dorsey and the members of his band, with Nelson Riddle, Buddy DeFranco, Buddy Rich among them. They embraced more and more people with their harmonies, made them feel good with happy music. “We were so lucky to be able to enjoy doing what we do,” Peggy says. And music made them legends. “Whoever knows that you’re making a legend. I don’t think any of us felt that way. We just enjoyed the music. If some of it turned out good to other people – that’s wonderful,” Ann sums up.

Love life, enjoy life, is the message of the music of the Clark Sisters. They are so dedicated to music, that all four of them marry musicians. Peggy and Wilbur Schwartz’s daughter is a distinguished musician, too. Nan, a Grammy Award winner (and five times nominee) is the wife Hollywood legend Conrad Pope. Author of the music to hundreds of films, he was in Bulgaria to conduct the Classic FM Orchestra in the Hollywood Comes to Sofia concert from The Music of America series presented by the Cantus Firmus music agency and the America for Bulgaria foundation.

The Classic FM Orchestra interpreted great songs from the movies under the baton of Hollywood legend Conrad Pope. “You can’t close your heart to the music,” he said in Sofia

Nan, who accompanied him, shared her fondness of the music of the Clark Sisters on Jazz FM and assisted us in getting in touch with Peggy and Ann.

A pioneer of women composers and an arranger for some of the finest in jazz, Grammy Award winner Nan Schwartz is true to her soul: “I write what I want to hear”

“The magic of music affects your whole life. If you’re singing, it makes you happy, even if you’re not too good. Everybody gets happy when they sing! This is a good thing to be doing. I’d recommend it to anybody. Just sing anything!” – Peggy Clark Schwartz invites us to join in. Ann Clark Terry adds: “Singing brings music to your heart. Keep singing! Keep singing! Tell the world to keep singing! It brings out happy things!“ “Music makes people’s lives happier than anything,”Peggy is definitive. Ann believes: „Music keeps you moving, and it keeps you moving in a good way.”